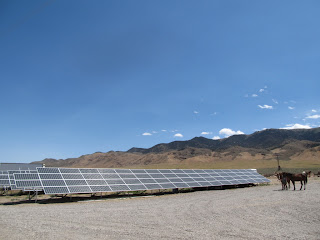 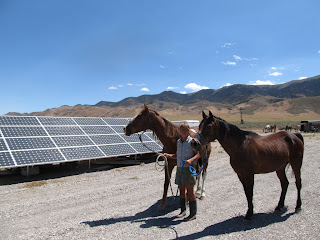 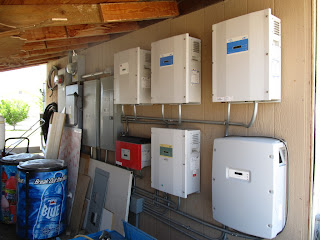 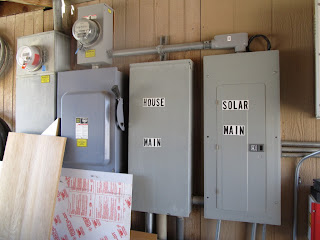 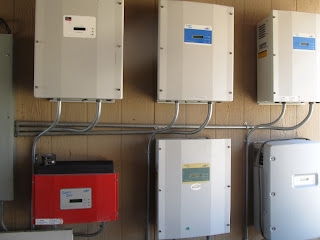 July 14, 2011 – Cold Springs Nevada – One other interesting aspect of the Cold Springs Station is that the facility is partially powered by a 30 kW solar system.  The system consists of three 10 kW solar arrays and the associated inverters and electrical connections.  The system has been in operation for about eight years and the power is delivered to NV Energy via a net-metering tariff.  The 30 kW system meets about half of the energy needs of the Cold Springs Station and the proprietor has purchased another 15 kW of solar capacity.  The proprietor acquired the parts through various distributors and constructed and installed the system himself.  Wind was considered as a power source but solar was chosen because of the mechanical simplicity of solar systems and the excellence of the solar resource at Cold Springs.