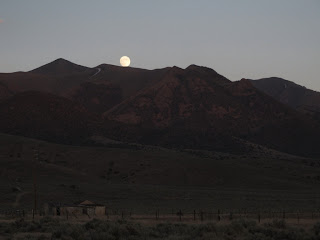 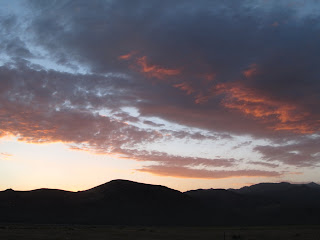 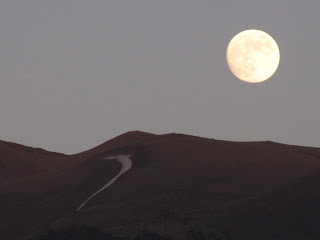 July 13, 2011 – Cold Springs and Fallon Nevada – Today and tomorrow are the last two rest days on the 2011 XP and then Friday, Saturday, and Sunday are the final three ride days.  We are using today to have some minor service on the van as well as resupply for the last few days of the trip.  I am sitting in the Ford dealer in Fallon, in air conditioning, with internet service, waiting for the work to be completed.

The Ford dealer completed the repairs and the fault was a failing oil pressure sending unit.  The actual oil pressure in the engine was at the top end of the specification range which is very good for a vehicle of this age that has been worked as hard as this one (the van is a 1993 E-250 with about 130,000 miles which has spent many of those miles towing a loaded horse trailer).  As part of an oil change, the dealer performs a "40 Point Inspection" and as would be expected from an outfit that is in the business of selling vehicles and repairing vehicles, there were many potential repairs that could be performed adding to a total expense of many thousands of dollars.  We are going to take a chance and continue on our journey with an oil change and a new oil pressure sending unit.

Our group has increased the population of Cold Springs many-fold.  We are enjoying our stay, but most of us are eager to get back on the trail for the final three days of the ride.  The ride mileage totals have been posted and Frank and Whiskey have done very well.  Of course, they are not the highest mileage horses, but either Frank or Whiskey has been on the trail every day.  Both horses are still sound and neither horse has had any real health issues on the trip.  Frank's nose is healing and I expect him to be back on the trail tomorrow.

One of my friends from work has placed my photos and writings on a web-log and the address is:

On Sunday, I hope to ride into Virginia City with two sound horses.  When we think back, it almost seems like another time when we left the Missouri River.  I can only imagine how the pioneers must have felt when they thought back to their prior lives in Ohio or to other homes in the east.